Take The Next Step

Great Question . . .
I’m concerned about the conflict that may come with my commitment?

My Story . . .
In being an amiable personality I have learned that I tend to shy away from committing to things which I believe may cause conflict.

I have also learned that what causes conflict in the short term, often will produce deeper friendships and relationships in the long term.  The magic to making this happen is really learning to commit to the right things and then including those are influenced by my decision ASAP and throughout the entire process.

I am learning that I need to learn to focus on the “Truth” i.e. doing the right thing rather than doing things that make people happy.  Often the “right thing” will make people upset / cause conflict in the short term but will produce amazing results in the long term.

Often what makes people happy in the short term will hurt people in the long term.  The BOS – Business Operating System addresses both actually and when I have trusted the system I see greater success in both the short and long term.

It’s been amazing personally and professionally for me! 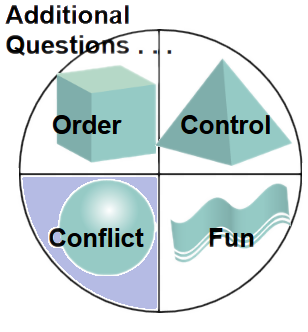